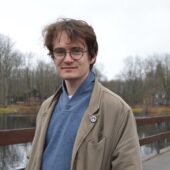 Renny is a senior at Georgetown University, studying Culture and Politics in the School of Foreign Service. Renny’s interest in theater dates to his brief but rewarding high school drama career, but it was not until he discovered the Lab that he began seriously considering the political potential of the performing arts. In his second year at Georgetown, he was extremely lucky to be accepted as a participant in an SFS course taught by Lab co-directors Derek Goldman and Cynthia Schneider. The course, Politics and Performance, explored the performing arts as political expression and political strategy, and it gave Renny the immense privilege of traveling to Cambodia, where he and his classmates engaged with that nation’s complicated past and present through the lens of the arts. Renny has since traveled to South Africa for a semester abroad, where he was especially inspired by the role of literature, music, and the arts in fighting injustice and building a visionary nation. In addition to his work at the Lab, Renny is an amateur pianist, an aspiring writer, and a proud employee at Nando’s. With his last year at Georgetown, he plans to devote his spare time to on-campus activism, particularly regarding the continuing work of the GU272 movement.