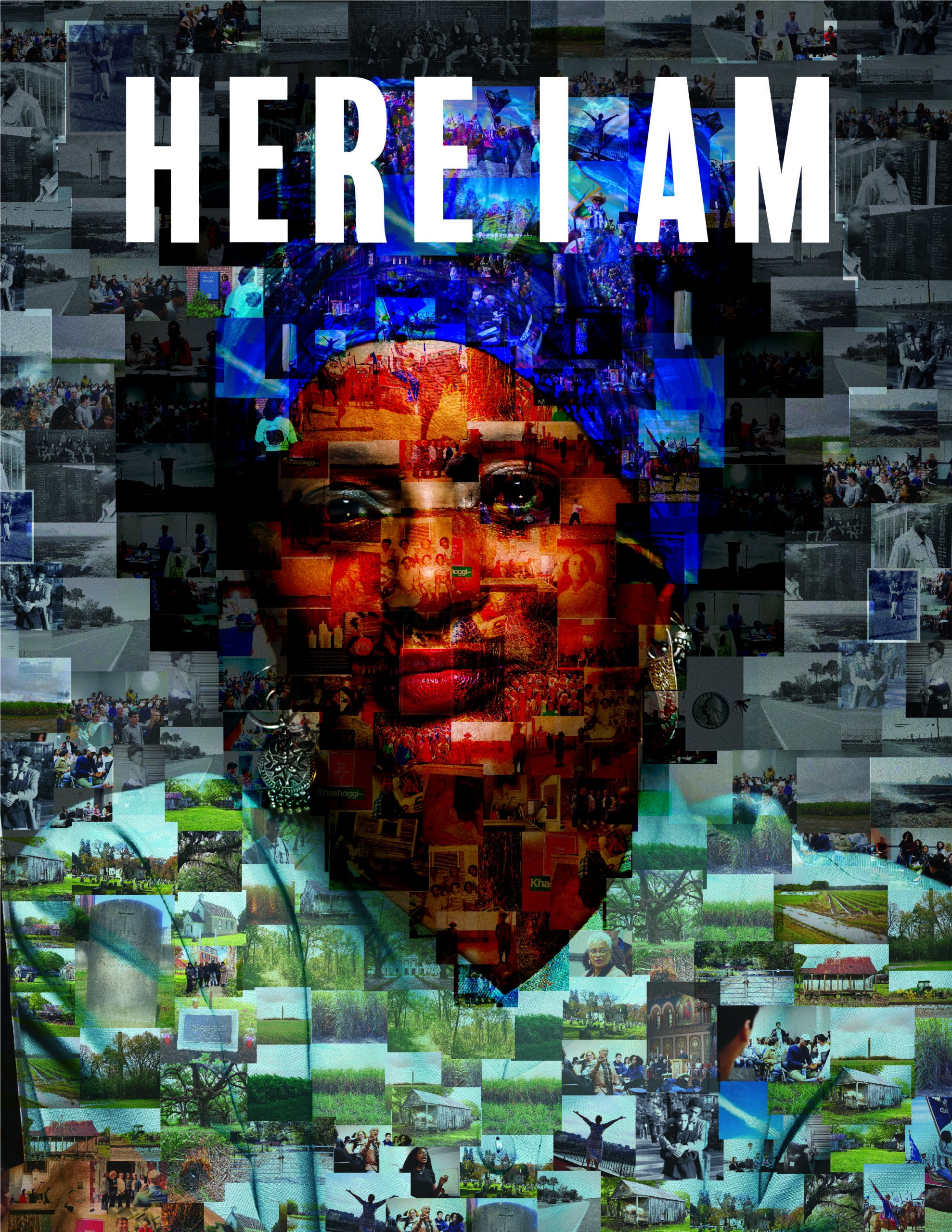 “Our ancestors have waited patiently through centuries for us to come to the table of acknowledgement. Here I Am fulfills my desire to give voice to those families, including my own, and to our tenacity and strength as a people — to close the full circle where we began our American lives three centuries ago and where we are today.” – Mélisande Short-Colomb

Here I Am Premiered online in Conjunction with Emancipation Day the week of April 16, 2021.

Produced in partnership with the GU Theater & Performance Studies Program. Supported in part by an award from the National Endowment for the Arts, and by the Office of the President at Georgetown University.

A native of New Orleans who began her studies at Georgetown in 2017 at the age of 63, Mélisande Short-Colomb is a direct descendant of Abraham Mahoney and Mary Ellen Queen who were among the 314 members of the group known today as the GU272, enslaved people owned and sold by the Maryland Jesuits in 1838 to rescue Georgetown University from insolvency and bankruptcy.  More than an autobiographical chronicle, this ritualistic experience weaves narrative, music, and imagery, inviting the audience on an experiential journey exploring Colomb’s loving and complicated relationship with the institution that enslaved her ancestors. Interrogating uncomfortable truths, rather than offering easy answers, HERE I AM challenges participants to bear witness and to reckon with their histories, and to imagine the future of racial justice in America. 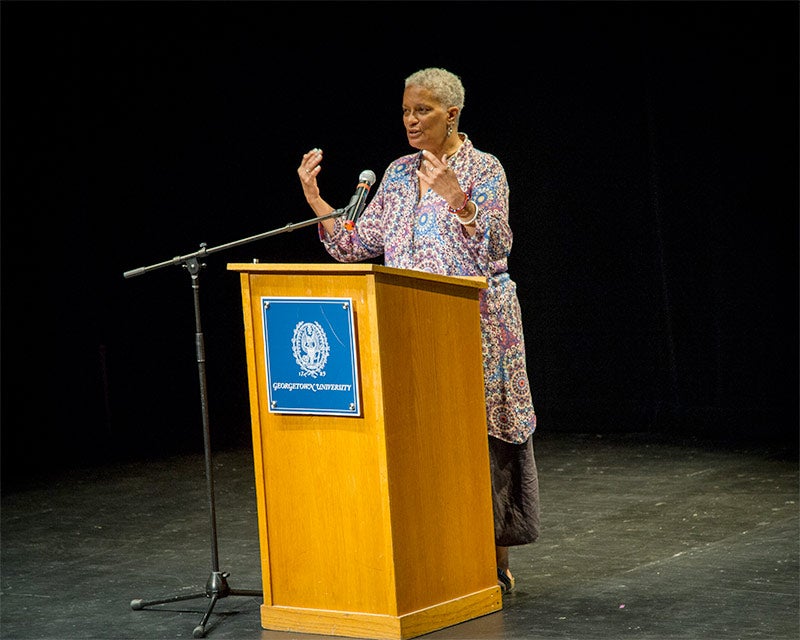 Mélisande Short-Colomb at the opening of the Gathering in 2019.

Colomb’s personal story has been widely chronicled in numerous press outlets, including interviews with Samantha Bee and PBS NewsHour, a major National Public Radio documentary, feature stories in The Washington Post, The New Yorker, and on NBC-TV, and a cover story in the AARP national magazine.

Colomb serves on the Board of Advisors for the Georgetown Memory Project, is a founding Council Member of the GU272 Descendants Association, and was on the GU272 Advocacy Team. She was a leading voice in the GU272 student referendum, which passed with overwhelming student support in April 2019. She received the 2019 Fr. Bunn Award for journalistic excellence for commentary in support of the referendum.