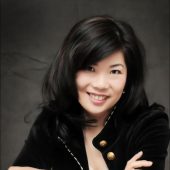 Natsu Onoda Power Ph.D. is an Associate Professor of Theater and Performance Studies.  She specializes in the adaptation of non-dramatic literature for the stage, and development of new work through ensemble-driven processes.  Original plays and adaptations include Wind Me Up, Maria!: A Go-go Musical, The T Party, Astro Boy and the God of Comics, A Trip to the Moon, War with the Newts, On the Origin of Species, The Omnivore’s Dilemma, and Madness and Civilization.  Directing credits include The Studio Theatre, Baltimore Centerstage, Mosaic Theater, Theatre J, and Adventure Theatre.  Her set design has been seen at Company One, Imagination Stage, Forum Theatre, Synetic Theatre, and The Hub Theatre, among others.   Natsu holds a Ph.D. in Performance Studies from Northwestern University and is the author of God of Comics: Osamu Tezuka and the Creation of Post World War II Manga (The University Press of Mississippi, 2009).