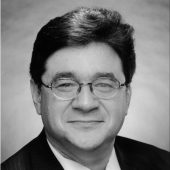 Daniel Brumberg is Director of Democracy and Governance Studies at Georgetown University, a Senior Non-Resident Fellow at the Project on Middle East Democracy (POMED), and a faculty member for the St.Martin-Georgetown University Program in Buenos Aires. He previously served as a Special Adviser at the United States Institute of Peace, a Visiting Professor at Emory University and at Sciences Po in Paris, a Visiting Fellow in the Jimmy Carter Center, and a Lecturer at the University of Chicago. Brumberg has published articles on political, social and economic change in the Middle East and wider Muslim World. His articles have appeared in leading print and on-line journals including the Journal of Democracy, foreignpolicy.com and theatlantic.com. He has also authored and co-edited numerous books. Brumberg has served as a consultant to the US Department of State and the United States Agency for International Development. He has lived or conducted field research in France, Morocco, Tunisia, Egypt, Israel, Kuwait, and Indonesia.