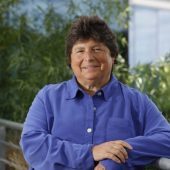 She leads action/reflection research projects, writes, and teaches about work at the nexus of the arts, culture, justice, and peace. She directed the Brandeis University/Theatre Without Borders collaboration Acting Together, co-edited the Acting Together on the World Stage anthology and co-created the related documentary and toolkit. She directs ReCAST, Inc., a non-profit organization partnering with Brandeis and New Village Press on the dissemination of Acting Together resources.

Cohen previously directed the international fellowship program Recasting Reconciliation through Culture and the Arts, which produced an anthology by that name. She was the founding director of the Oral History Center in Cambridge, Massachusetts, and has facilitated coexistence efforts involving participants from the Middle East, the United States, Central America, and Sri Lanka.

She holds a Ph.D. in education from the University of New Hampshire and a Master’s Degree from the Massachusetts Institute of Technology.