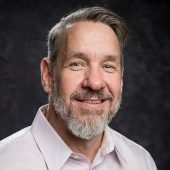 Chris Jennings is the Executive Director of the Shakespeare Theatre Company. He joined the company as General Manager in 2004. He currently serves on the Board of the Theatre Communications Group, DC Downtown BID, THE ARC, DC Arts Collaborative and the Penn Quarter Neighborhood Association, and is a member of the League of Resident Theatres (where he has served on AEA and SSDC Negotiating Committees) and the Mid Atlantic Arts Foundation.

Jennings has served as a panelist for the National Endowment for the Arts and DC Commission on the Arts and Humanities. He previously served as General Manager of Trinity Repertory Company (1999–2004) and Theatre for a New Audience (1997–1999). Jennings has also held positions with Yale Repertory Theatre, Manhattan Theater Club, Texas Young Playwrights Festival and Dougherty Arts Center.

A recipient of an Arts Administration Fellowship from the NEA, Jennings earned his BFA in Theatre/Music from the University of Miami and his MFA in Theatre Management from the Yale School of Drama.