Past
Additional Performances at The Gathering
Filler text 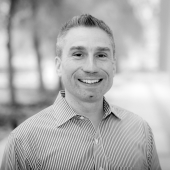 Garth Ross is the Vice President for Community Engagement at the John F. Kennedy Center for the Performing Arts in Washington, D.C., where he has produced over 7,000 performances featuring artists from all fifty states and over fifty countries.  He is responsible for the Millennium Stage daily, free performance series, as well as many other notable projects and festivals including Joyful Sounds: Gospel Across America, Look Both Ways: Street Arts Across America, American Voices with Renee Fleming, One Mic: Hip-Hop Culture Worldwide, and Finding a Line: Skateboarding, Music, and Media.  Garth received his BA in English Literature and Music from Connecticut College and is a Henry Crown Fellow of the Aspen Institute.