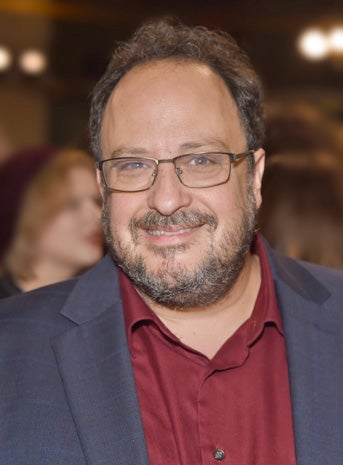 Derek Goldman is Chair of the Department of Performing Arts and Director of the Theater & Performance Studies Program. He is also a Professor of Theater and Performance Studies at Georgetown University with a joint appointment in the School of Foreign Service as a Professor of Global Performance, Culture and Politics. He is co-Founding Director of the Laboratory for Global Performance and Politics, the first signature joint initiative of the School of Foreign Service and Georgetown College. He co-founded The Lab with Ambassador Cynthia Schneider in 2012 with a mission “to harness the power of performance to humanize global politics” (https://globallab.georgetown.edu/). In 2015 he was honored to receive the prestigious President’s Award for Distinguished Scholar-Teachers.

He is an award-winning international stage director, producer, festival director, playwright, adapter, developer of new work, teacher, and published scholar. His  artistic work has been seen around the country, off-Broadway, and at numerous theaters, both regional and around the world. He is also Vice-President of the International Theatre Institute, the world’s largest performing arts organization, with centers in more than 100 countries, and he represents the Americas on ITI’s Executive Board and Executive Council, and serves as co-President of the US Center of ITI. He is also Founding Director of Unesco’s Global Network of Higher Education in the Performing Arts, and produced and launched the Network’s first global festival at the 2017 ITI World Congress in Segovia, Spain. He is a member of the Board of Directors of Theatre Communications Group (TCG), and co-creator of the Global Theatre Initiative, a partnership between The Lab and TCG which promotes cross-cultural collaboration and cultivates new strategies to maximize the global theatre field’s opportunities and impact. His engagement in the convergence between global performance and politics has taken his work in recent years to Sudan, China, Poland, South Africa, Australia, Russia, Bangladesh, Cambodia, Peru, Bulgaria, Armenia, Japan, Chile, Canada, Italy, the Netherlands, France, New Zealand, the UK, and into collaborations with artists from Syria, Iraq, Pakistan, Belarus, Israel, Afghanistan, Palestine, Ghana, Egypt, the Congo, the Czech Republic, India, Serbia, Sweden, Germany, the Philippines, and Uganda. From 2007-2016, he served as Artistic Director of the Davis Performing Arts Center at Georgetown.

He is the recipient of numerous awards and major grants, and has been the Principal Investigator in recent years of over $1 million of Program Support from the Andrew W. Mellon Foundation, The Doris Duke Foundation, the Ford Foundation, the National Endowment of the Arts and more. The Mellon Foundation supports the Lab Fellows Program, an initiative he founded and leads which brings together a cohort of path-breaking artists and change-makers from around the world, as well as the biennial CrossCurrents Festival, a citywide global performance event launched in Spring 2019 which he curates, and which culminates in the Lab’s signature event The Gathering, which brings together hundreds of leading artists from over 40 countries. Other recent grant-funded initiatives include a $262,000 Building Bridges Grant from the Doris Duke Foundation and the Association of Performing Arts Presenters for Myriad Voices: A Cross-Cultural Performance Festival, a two-year festival he curated engaging with Islamophobia. He is Founding Artistic Director of the StreetSigns Center for Literature and Performance, an award-winning socially-engaged professional theatre founded in Chicago and now based in Chapel Hill NC. The company, which he ran from 1992-2005, is devoted to new plays and adaptations of literature for the stage, including re-imagined classics, ensemble-devised performance and performance in and among community settings such as prisons, housing projects, and schools. Under Goldman’s leadership, the company was named by the Chicago Sun-Times as “the most exciting company to emerge in Chicago since John Cusack’s New Criminals”; by the New York Times as “one of Chicago’s top theater companies”; and, after the company’s move to North Carolina, by The Spectator as “the region’s leading producer of cutting-edge work.” Full bio here.