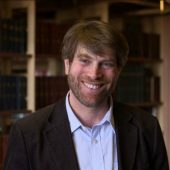 Adam Rothman is a Professor of History at Georgetown University. He earned his BA from Yale and his PhD from Columbia University. He is the author of Slave Country: American Expansion and the Origins of the Deep South (Harvard 2005) and Beyond Freedom’s Reach: A Kidnapping in the Twilight of Slavery (Harvard 2015), which won the Jefferson Davis Book Award from the American Civil War Museum and the Margaret T. Lane / Virginia F. Saunders Memorial Research Award from Government Documents Round Table of the American Library Association. Beyond Freedom’s Reach was also named a Humanities Book of the Year by the Louisiana Endowment for the Humanities. He served on Georgetown University’s Working Group on Slavery, Memory, and Reconciliation, and is the principal curator of the online Georgetown SlaveryArchive. He has written for The Atlantic, The New York Times, Al Jazeera America, and Daily Beast. Professor Rothman lives in Washington, D.C., with his wife and daughter.