In July of 2017, The Lab presented the play I Pledge Allegiance, devised and created by Lab Fellow Velani Dibba (SFS ’17), Cristina Ibarra (COL ’17), Lab TrailBlazers Ben Lillian (COL ’18) and Aly Panjwani (SFS ’19), and Lab Fellow Devika Ranjan (SFS ’17), under the advisership of Lab Co-Director Derek Goldman, in Segovia, Spain at the UNESCO International Theatre Festival and World Congress. As this piece grows and develops, new voices have been brought into the fold, including Sarika Ramaswamy (SFS ’18), who joined the cast in spring 2018.

The current Georgetown students and young alumni created this work from their personal insights on the experience of immigrant and first-generation Americans, and it was a sensation in Spain. It has since been invited to perform at festivals around the world including as a centerpiece of the Al-Bugaa Festival in The Sudan.

Watch the full performance of I Pledge Allegiance.

Click for the full performance from the TCG National Conference. 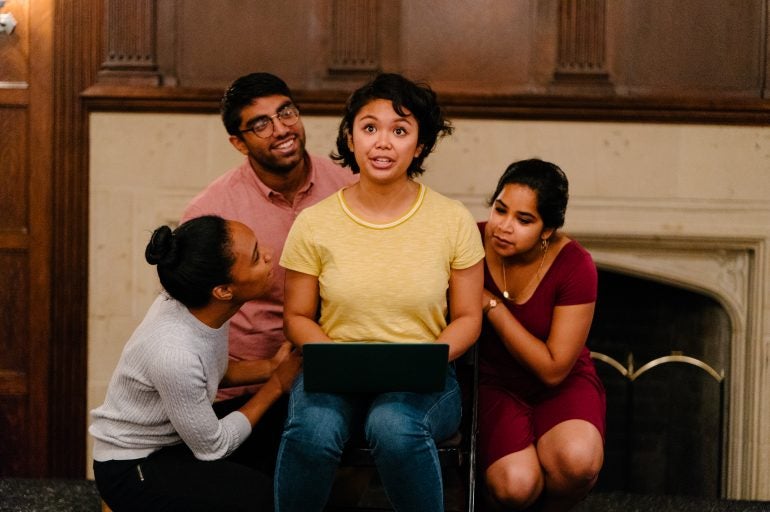 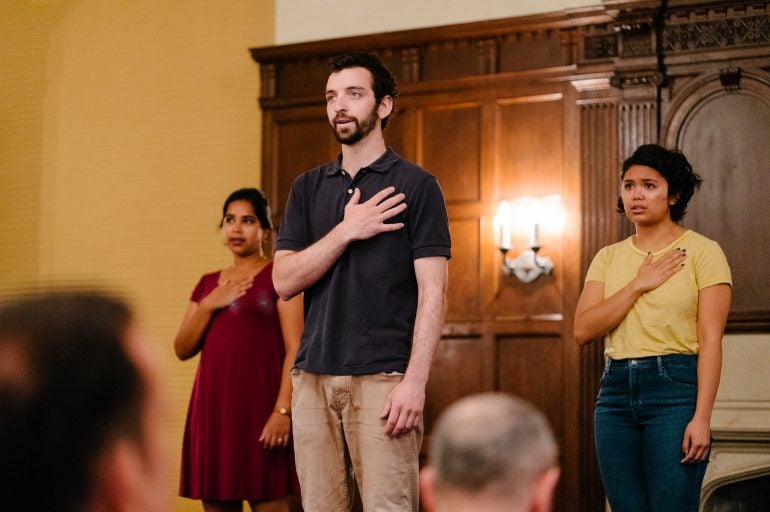 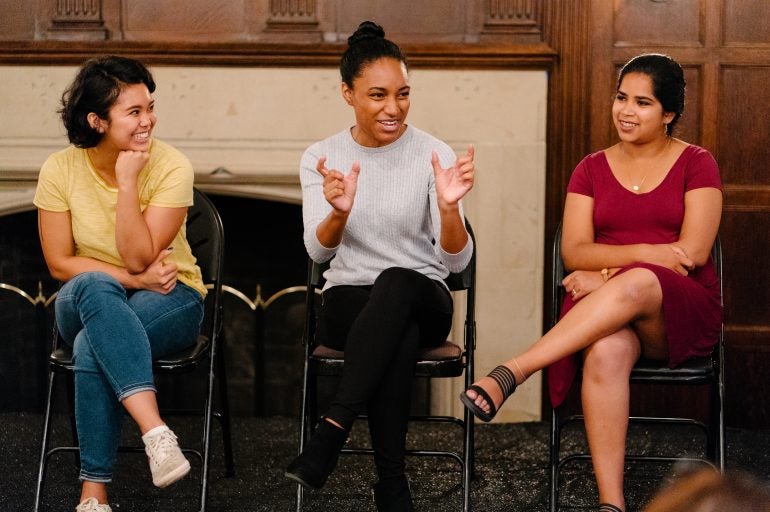 Members of the cast during a post-show talkback.