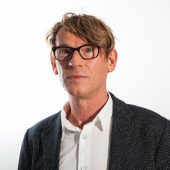 Stephen Armstrong is a creative director specializing in new work commissions across a range of live art and media. Stephen is the Creative Director of Asia TOPA: Asia-Pacific Triennial of Performing Art. In partnership with the Sidney Myer Fund, Asia TOPA is an initiative of Arts Centre Melbourne where Stephen is resident Creative Producer of Asian Arts. Stephen’s executive roles have ranged broadly from alternative producing houses to state theatres.  Independent projects have included feature film, festivals, and numerous genre-defying projects. Stephen is currently a board director of Australia’s ‘emerging artists’ biennial, Next Wave and a trustee of the Actors Benevolent Trust.  Previous directorships include the National Institute of Dramatic Art (NIDA) and Chunky Move.  He was most recently Chair of Theatre for the Australia Council, Australia’s federal arts funding and advisory body, following his appointment as Chair of New Media Arts. Stephen graduated from the University of Melbourne and completed the Executive Program for Non-Profit Leaders at Stanford University’s Graduate School of Business.