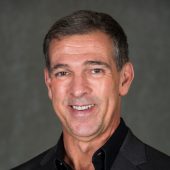 Ricardo Ortiz is Chair and Associate Professor of US Latinx Literature and Culture in the English Department at Georgetown University. His first book, Cultural Erotics in Cuban America, was published in 2007, and he is currently working on a second book, The Testimonial Imagination: Cold War Geopolitics and US Latinx Literature. Prof. Ortiz has published widely in a variety of fields, including cultural studies, performance studies and LGBTQ studies; his work has appeared in such venues as GLQ, Modern Drama and Social Text, and he has a new piece entitled “US Latinx Theater and Performance in the Context of Social Movements,” forthcoming in 2018 in The Cambridge History of Latino Literature.