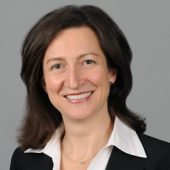 Lise Morjé Howard is an Associate Professor in the Department of Government at Georgetown University. She has served as Acting Director of UN Affairs for the New York City Commission for the United Nations, a Jennings Randolph Senior Fellow at the U.S. Institute of Peace, and she was the founding director of the Master of Arts Program in Conflict Resolution at Georgetown. She was previously an Assistant Professor at Wesleyan University and she has held doctoral fellowships at Stanford University, Harvard University, and the University of Maryland.

Her work focuses on civil wars, peacekeeping, U.S. foreign policy, and area studies of sub-Saharan Africa, the Balkans, and the Middle East. She has published several articles and book chapters. Her book, UN Peacekeeping in Civil Wars, won the 2010 Book Award from the Academic Council on the UN System.

Dr. Howard has received awards for her work on peacekeeping from the Soroptimist International, the Barnard College Alumnae Association, and the James D. Kline Fund.