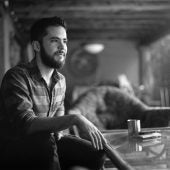 Héctor Flores Komatsu was born in Cuernavaca, México. Flores is his father’s last name, while Komatsu comes from his mother’s family, originally from Nagano, Japan. At a young age, Héctor immigrated to the United States. An in-betweener of worlds, he was naturally drawn to the theatre. At age seventeen, he directed his first production, and he hasn’t stopped since. Currently, Héctor serves as artistic director of Makuyeika Colectivo Teatral, founded after a year-long exploration of Mexico supported by the Taymor World Theatre Fellowship. Original creations include Andares; The Game, or the perpetual rematch; and the upcoming Proyecto Ix-kik’. His work has been presented at The Public Theatre, Chicago Shakespeare Theatre, Wuzhen Theatre Festival (China), Santiago a Mil (Chile), Thalia Theatre (Germany), and in villages, festivals, and cities across México, for which he’s received two grants from the National Fund for Culture and the Arts. Héctor earned his BFA in Theatre Performance (Directing) from the University of Michigan. He has worked as an assistant and actor with Peter Brook, has facilitated workshops in the favelas and prisons of Rio de Janeiro, and has trained with the Suzuki Company of Toga in Japan. Héctor is fluent in Spanish, English, French, and Portuguese while reclaiming Japanese and learning Mayan.