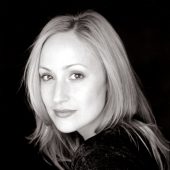 Heather Raffo is an award-winning playwright and actress who’s work has been seen off Broadway, off West End in regional theater and in film.  She is the author and solo performer of the play 9 PARTS OF DESIRE (Lucielle Lortel and Susan Smith Blackburn awards, Drama League, OCC, Helen Hayes nominations), which The New Yorker called “an example of how art can remake the world”.  The play ran off Broadway for nine months and has played across the U.S. and internationally for over a decade. Most recently, her libretto for the opera FALLUJAH, was heard as part of Kennedy Center’s International Theater Festival.  It then received its world premiere at Long Beach Opera in March of 2016 and opened at New York City Opera in November 2016. Heather’s newest play, NOURA, just won Williamstown’s prestigious Weissberger Award.   NOURA, came out of three years of workshops where Heather explored the impact of Ibsen’s iconic A Doll’s House on Arab-American women living in New York City.   NOURA was further developed at Georgetown University with refugee and Middle East policy experts.   It will receive it’s world premiere at the Shakespeare Theater in D.C. in February 2018.  www.heatherraffo.com