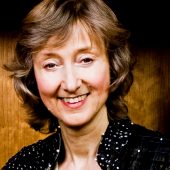 Deborah Tannen is University Professor and Professor of Linguistics at Georgetown University. She is best known as the author of You Just Don’t Understand: Women and Men in Conversation, which was on The New York Times best-seller list for nearly four years, including eight months as No. 1, and has been translated into 31 languages.  Among her many other books, You Were Always Mom’s Favorite!, about adult sisters, and You’re Wearing THAT?:  about mothers and grown daughters, were also New York Times best sellers.  Her 25th book, You’re the Only One I Can Tell: Inside the Language of Women’s Friendships, was published in May 2017.  She is a frequent guest on television and radio news and information shows, including 20/20, The Colbert Report, Charlie Rose, and All Things Considered. She has been featured in and written for most major newspapers and magazines including The New York Times, Time, The Atlantic, People, The Washington Post, and The Harvard Business Review. She has also published short stories and poems. Her one-act play, An Act of Devotion, is included in The Best American Short Plays 1993-1994. It was produced by Horizons Theatre in Arlington, VA. Her website is www.deborahtannen.com.