In a public square, the audience, wearing headphones, moves through the space answering simple questions with wordless gestures. As the performance evolves, Dominio Público becomes at once a three-dimensional mapping of societal structures and an embodied exploration of individual agency and collective power.

Seen and celebrated over the past decade in Barcelona, Rio de Janeiro, London, and Tokyo, Dominio Público by award-winning Spanish artist Roger Bernat made its US premiere in Georgetown University’s Red Square, presented by The Lab and the Cultural Office of the Embassy of Spain.

For this premiere, Bernat, DC community members, and GU students collaborated to customize Dominio Público for Washington, DC, building a communal ritual that uses game-like structures to bring to life the nature and ramifications of our assigned roles. 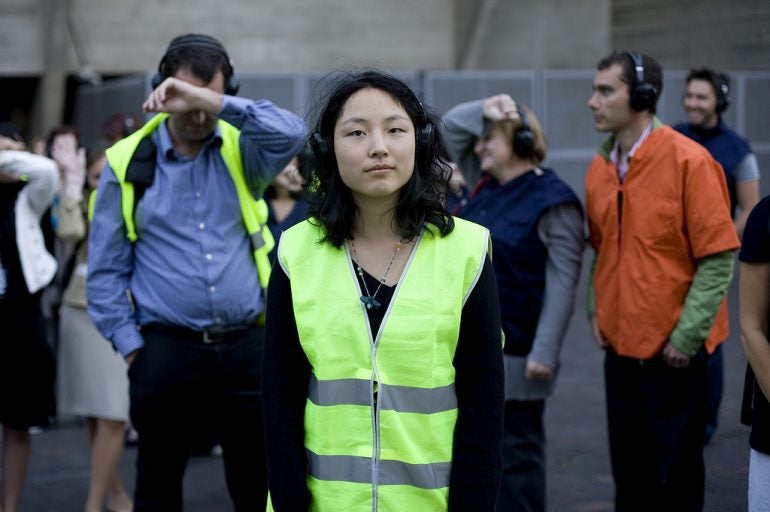 Roger Bernat retakes documents, testimonies, and historical stagings to elaborate projects in which the community becomes the protagonist. There are no longer individual actors who embody the characters but it is the audience that, not without irony, represents the collective. His shows include Public Space (2008), The Rite of Spring (2010), Please Continue (Hamlet) (2011), Pending Vote (2012), Desplazamiento del Palacio de La Moneda (2014), Numax-Fagor-plus (2014), No se registran conversaciones de interés (2016-17) and The Place of the Thing (2017). The shows have been performed in more than 30 countries. In 2017 he was awarded the Sebastià Gasch Prize for paratheatrical arts. 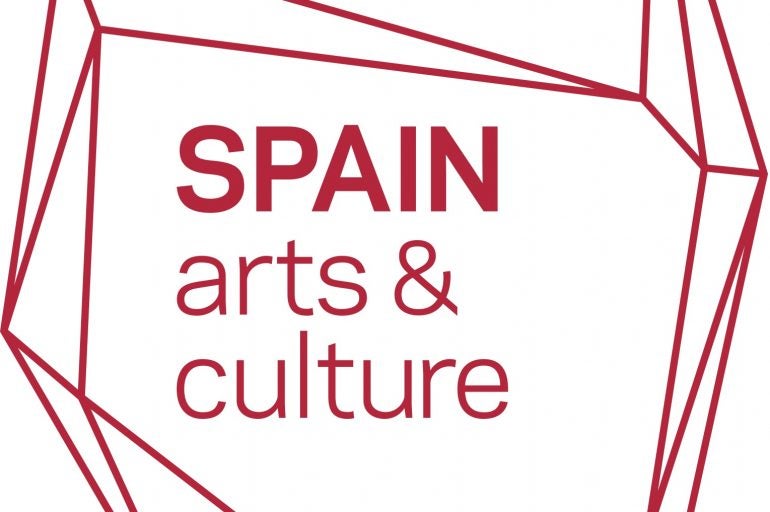 About our co-presenters: The Cultural Office of the Embassy of Spain, through its official cultural program SPAIN arts & culture, aims to promote Spanish culture in the U.S. through fruitful cultural exchanges among institutions and artists, fostering positive bilateral relations between our two countries. Among its objectives, the program enhances shared knowledge on the cultural and creative industries and facilitates professional opportunities for artists, drawing on our common Hispanic heritage. We partner with American institutions to build institutional alliances and long-lasting transnational bridges through the arts in a broad sense. Our multidisciplinary approach covers a wide range of fields from design, to urban culture, culinary arts, music, cinema, literature, visual arts and performing arts. For more information, visit: https://www.spainculture.us/