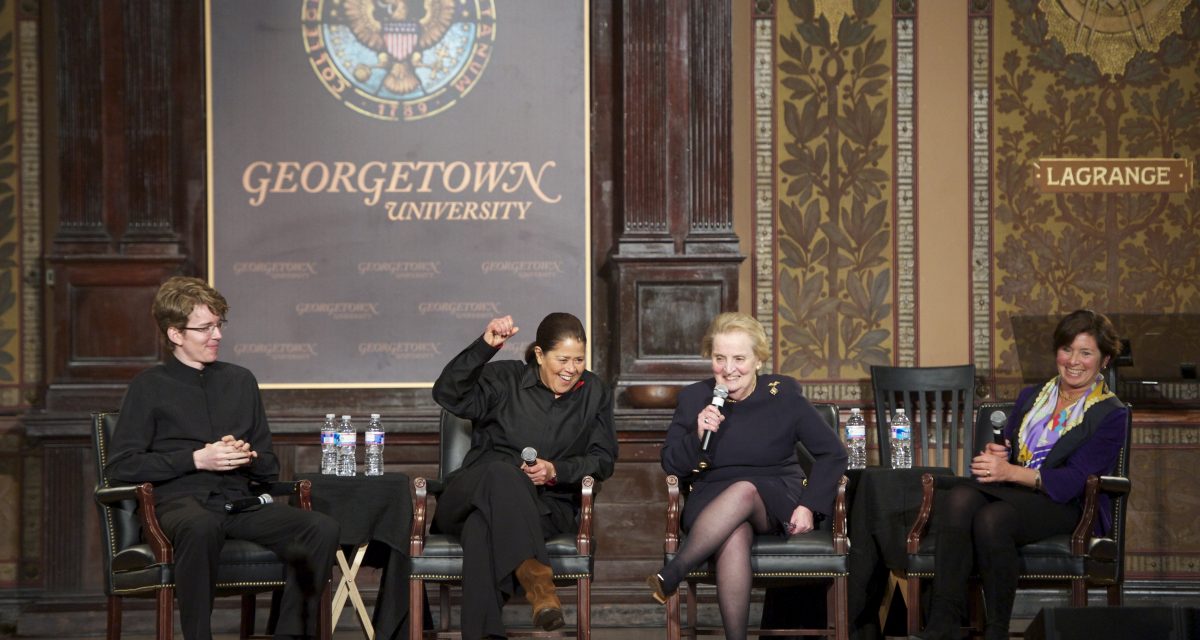 Celebrated playwright and actress Anna Deavere Smith and acclaimed cellist Joshua Roman participated in a residency with The Lab centered around the continued development of the work On Grace. 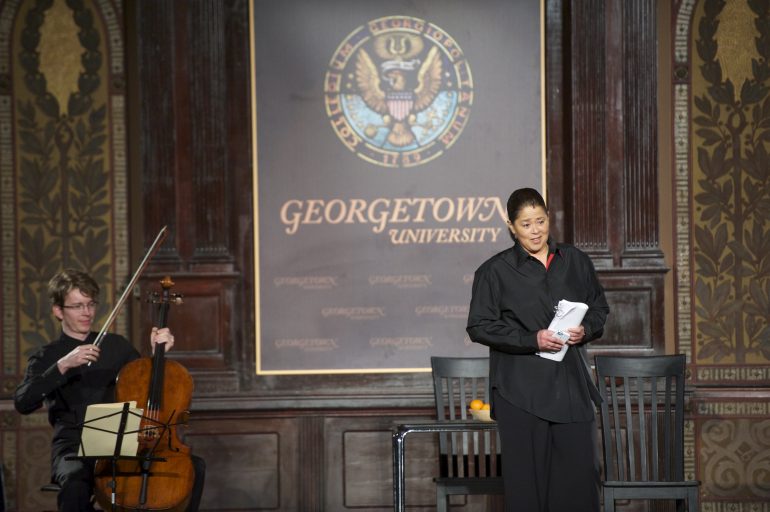 The residency also involved public conversations with policy makers and members of the campus community, including Secretary Madeleine Albright, as well as classroom visits in the Department of Performing Arts and School of Foreign Service. 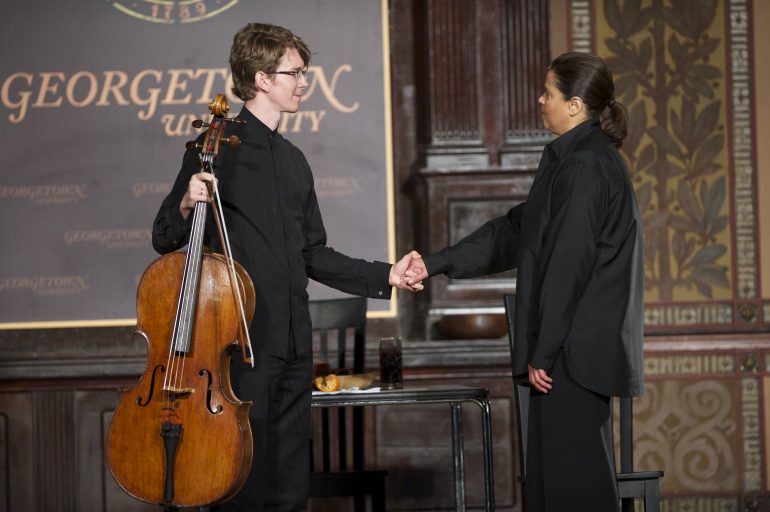