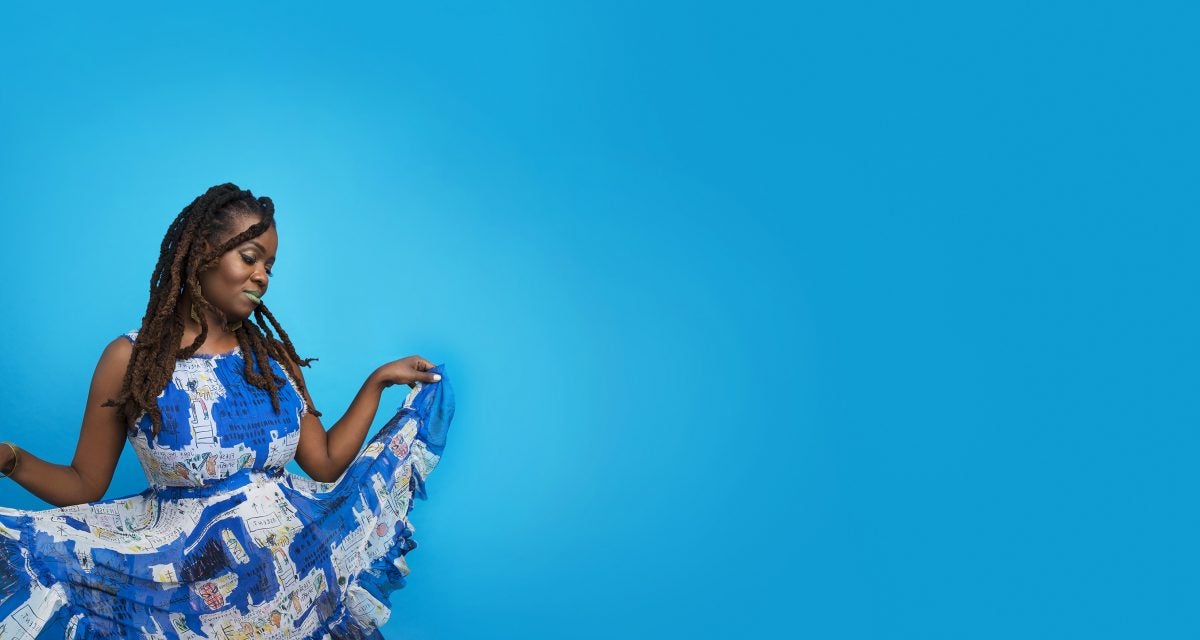 Tickets are FREE, but reservations are strongly encouraged. Reserve your spot to Petite Afrique now.

Reservations to Dreaming Zenzile can be made by following this link.

Born in Illinois to immigrants from Rwanda and Uganda, acclaimed vocalist and songwriter Somi has built a career of transatlantic sonicism and storytelling.   Petite Afrique, Somi’s sophomore effort for Sony Music’s historic OKeh Records, is a daring, relevant, refashioning of what “jazz” and “African music” mean – both singularly and to each other.  The album, which won a 2018 NAACP Image Award for Outstanding Jazz Album and features special guest Aloe Blacc, is a timely song cycle about the dignity of immigrants in the United States.  Equally anthropologist and writer, Somi’s songs both celebrate Harlem’s black experience and lament gentrification’s slow erasure of the vibrant African immigrant population from the historic neighborhood.  Petite Afrique is the highly anticipated follow-up to Somi’s last chart-topping album and major label debut entitled The Lagos Music Salon which was inspired by an 18-month creative sabbatical in Lagos, Nigeria and landed at #1 on US Jazz charts.  The album, which features special guests Angelique Kidjo and Common, draws it material from the tropical city’s boastful cosmopolitanism, urgent inspiration, and giant spirit.  Somi continues to craft a fiercely original way of songmaking that straddles the worlds of African jazz, soul, and pop with a newfound ease and a voice that Vogue Magazine simply calls “Superb!”

The Boston Globe proclaims that Somi’s latest work “is a sustained triumph displaying rich musicality, a sharp pop sense, and rare sophistication” while The Huffington Post dubbed the vocalist as “the New Nina Simone.” Singing and writing in English and a wide range of African languages, Somi is currently developing an original modern jazz play about the life and legacy of South African singer Miriam Makeba that will premiere in Spring 2020.

Widely acknowledged as artist, activist, and scholar, Somi is a TED Senior Fellow, a 2018 Doris Duke USA Fellow, a 2018 Soros Equality Fellow, and an inaugural Association of Performing Arts Presenters Fellow.  She is also a former Artist-in-Residence at Park Avenue Armory, UCLA’s Center for the Art of Performance, The Robert Rauschenberg Foundation and Baryshnikov Arts Center, The Apollo Theater, and a recipient of numerous national arts grants.  She is also the founder of Salon Africana, a boutique culture and social impact firm that celebrate the very best of contemporary African artists working in the performance, visual, and literary arts. Also celebrated for her activism, Secretary General Ban Ki-Moon recently asked Somi to perform at the United Nations’ General Assembly in commemoration of the International Day of Remembrance of the Victims of Slavery and the Transatlantic Slave Trade.  The following year, she was invited to perform at Carnegie Hall with her longtime mentor Hugh Masekela, as well as Dave Matthews and Vusi Mahlesela in celebration of 20 years of South African democracy.

Somi and her band continue to perform at international venues and stages around the world.  In her heart of hearts, she is an East African Midwestern girl who loves family, poetry, and freedom.

Sponsored by Georgetown SFS, with support from Georgetown College and the African Society of Georgetown.