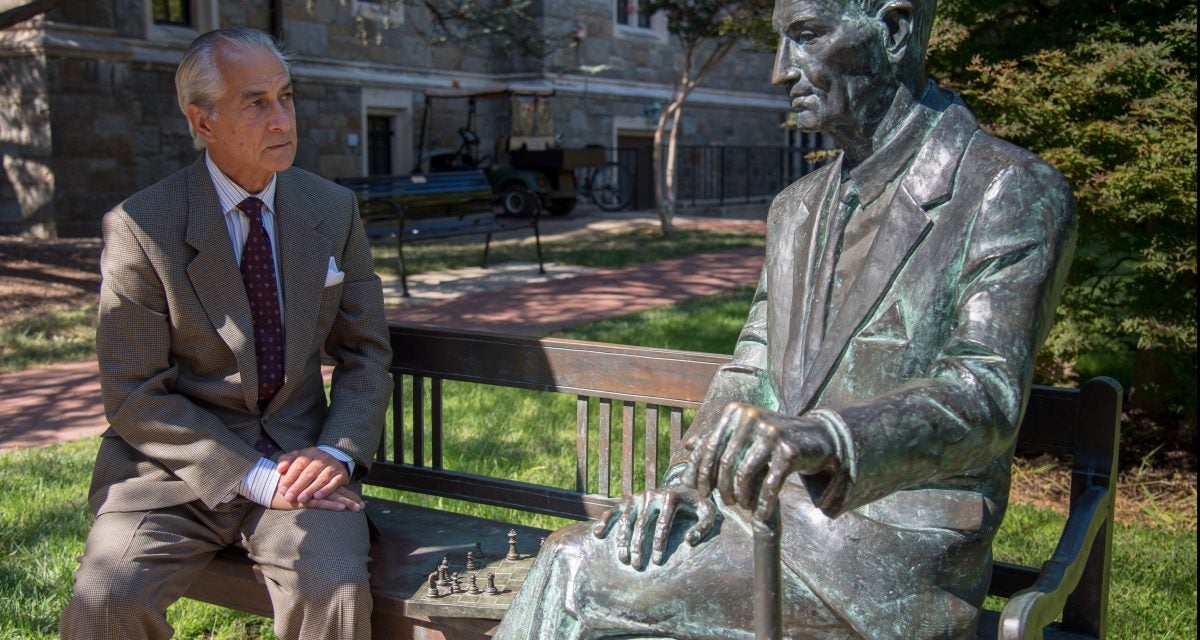 David Strathairn will to star as Jan Karski in a virtuoso solo-performance of Remember This: The Lesson of Jan Karski on November 15th, 2019.

While the pandemic has postponed planned performances of The Lab’s celebrated original production of Remember This: The Lesson of Jan Karski, starring Academy Award nominated actor David Strathairn, which had been scheduled for Edinburgh, Spoleto, Poland, McCarter Theater Center, and a run at DC’s Mosaic Theater this Fall, the team is gathering next week in Brooklyn, New York to shoot a film version of the production!

In addition, a streaming version of the production will be the centerpiece of a new Georgetown course and an accompanying web-based educational platform this Fall, Bearing Witness: The Legacy of Jan Karski Today, which will be available to all Georgetown undergraduate students. After the pilot at Georgetown, this platform will then be made available for students around the world through our partnership with the Jan Karski Educational Foundation. We look forward to resuming the live version of the production in venues around the world as soon as the public health situation allows. 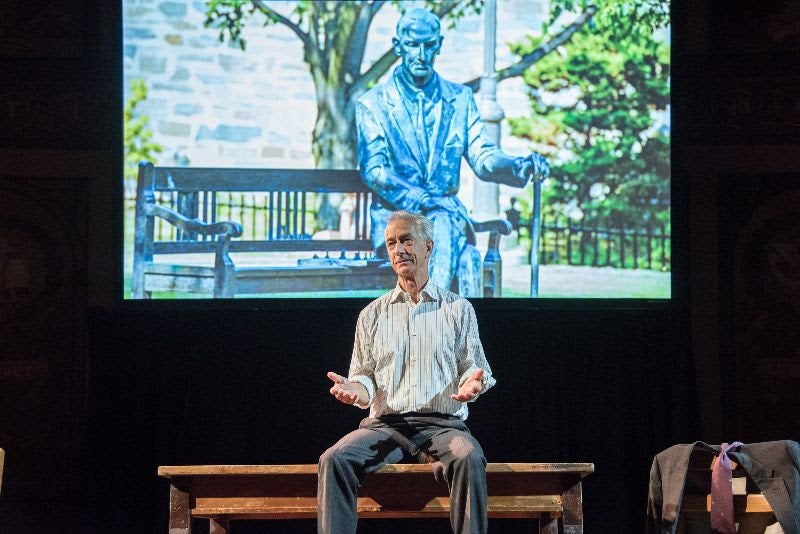 The opening night of the School of Foreign Service’s Centennial Celebration on November 15th featured the Lab’s performance of Remember This: The Lesson of Jan Karski. Co-authored and directed by Derek Goldman, the show stars Academy Award nominee David Strathairn (Good Night and Good Luck; Lincoln) in a virtuoso solo performance. The play explores the legacy of Jan Karski, Polish World War II hero, Holocaust witness, and late beloved Georgetown Professor. Building on earlier versions of the play with Strathairn and a larger ensemble, developed by The Lab and performed to much acclaim in New York, DC, Poland and other sites, this new tour-de-force solo performance brings the enduring lessons of Karski’s extraordinary life—especially his belief in humanity, even in the darkest times, into the present moment. 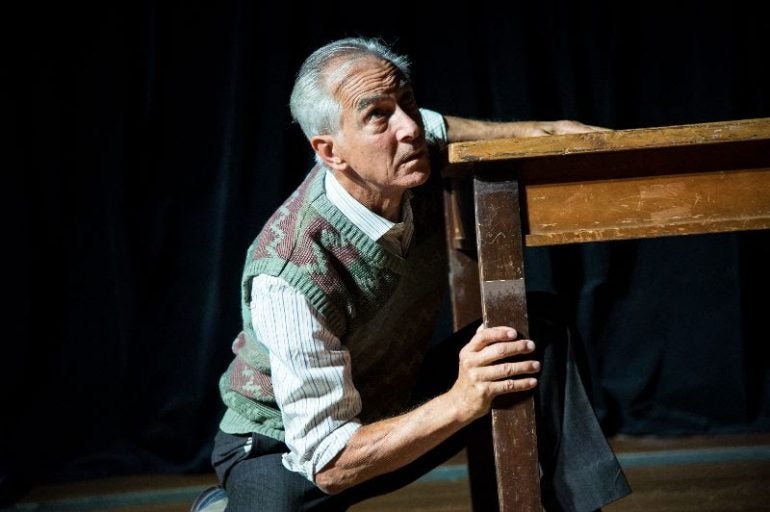 “The play was nothing short of a triumph.  It could not have set a more perfect foundation for the entire weekend, as it was such a moving tribute to our values, our history and our ambition to inspire the recommitment to our basic humanity that seems to be our only hope for the future these days.  Not a soul walked out of Gaston unmoved.  And every audience member came away thinking:  this is what SFS and Georgetown are all about.”

– Joel Hellman, Dean of the Walsh School of Foreign Service 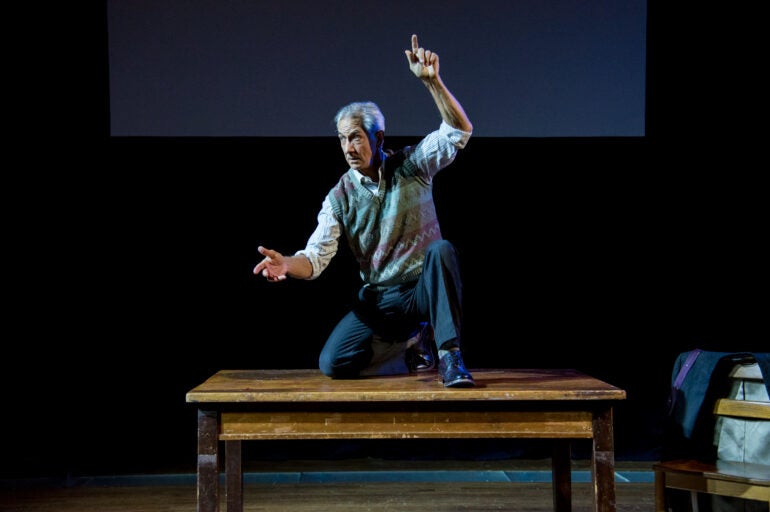 Strathairn, who has starred in the piece throughout its various iterations since 2014, says “I’ve always felt that one of the vital roles, even a responsibility, of the artist/citizen, is to provide palpable, emotive, and relevant insight into the most pressing issues concerning our common humanity. By dramatizing the legacy of Jan Karski, we are striving to do just that.”

My Report to the World was first presented as part of the Karski Centennial Celebration in Gaston Hall at Georgetown University (with Strathairn and Georgetown students), and has since been performed in Warsaw as part of the opening of the Museum of the History of Polish Jews, as well as in a highly successful three-week residency in New York, produced in partnership with the Museum of Jewish Heritage in NYC and the United States Holocaust Memorial Museum in DC. This residency included a one-night-only performance at the Shakespeare Theater Company’s Sidney Harman Hall in DC. 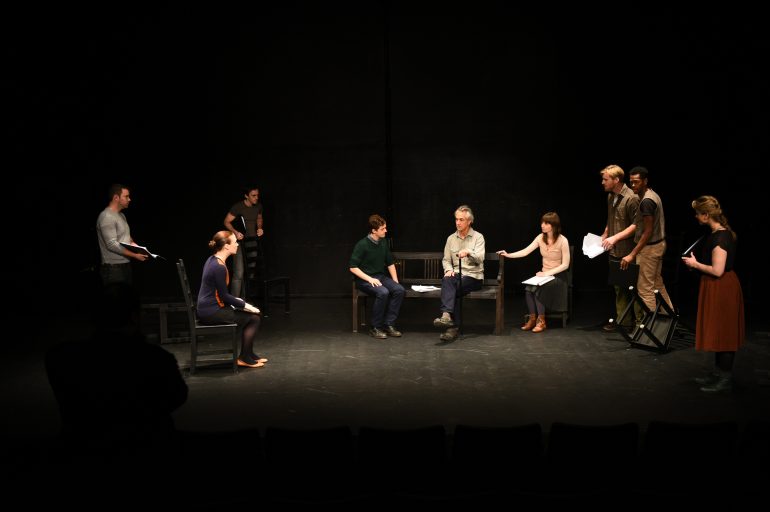 David Strathairn and ensemble during a performance on Theater Row (New York, NY) in 2014.