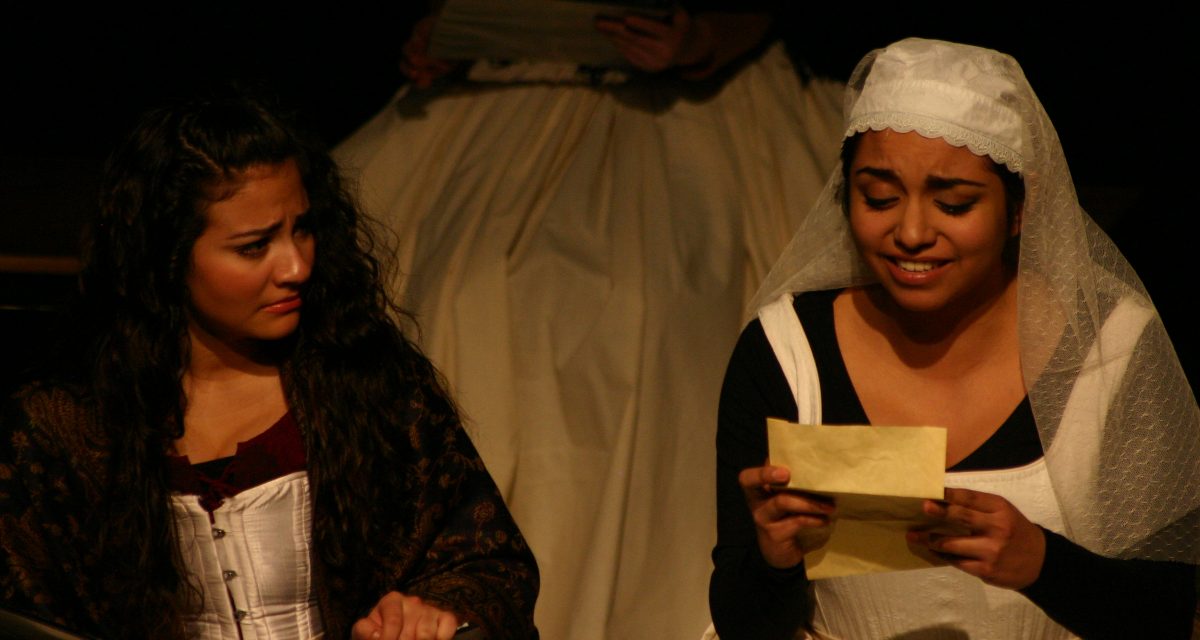 The Bridge of San Luis Rey

Vanessa Chapoy (COL ’18) with Jordanna Hernandez (COL ’16) in the staged reading of The Bridge of San Luis Rey. (Photo by Michael Redman)

Thornton Wilder’s Pulitzer Prize-winning novel The Bridge of San Luis Rey recounts the story of one religious man’s quest to determine why God allows disasters to occur. In 1714 in Lima, Peru, Brother Juniper, a Franciscan monk, witnesses the collapse of a bridge woven by the Incas that has stood for over a century, killing the five people who were crossing it. He then embarks on a quest to determine whether it was divine intervention or happenstance that led to the deaths of the five victims. This new adaptation of one of the great achievements in American literature is a hauntingly beautiful exploration into the meaning of life and of death, and the paradoxes of faith and reason.

Presented by The Lab and GU’s Theater and Performance Studies Program, in partnership with Arena Stage at the Mead Center for American Theater.